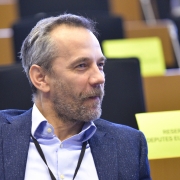 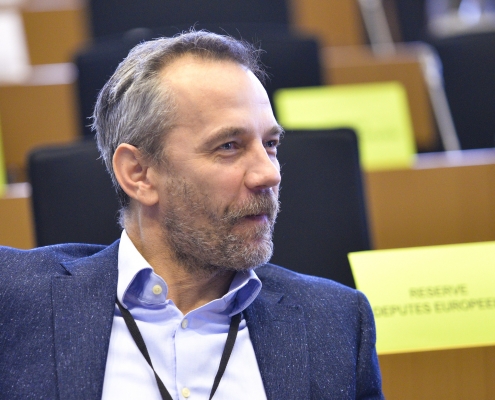 Speaking from his office in Bratislava, Robert Hajsel MEP has secured a progressive vote on the opinion in the Industry, Research and Energy (ITRE) committee of the European Parliament on Just Transition Fund.

Mr Hajsel, who was the Shadow Rapporteur for the Socialists and Democrats Group (S&D) on the ITRE opinion for a regulation of the European Parliament and of the Council establishing the Just Transition Fund, has said:

“The JTF is the cornerstone of the European Union’s efforts to reduce its emissions and achieve the Green Deal objectives. By establishing a JTF, we are trying to fix the problems, which currently exist and will come in the European Coal regions as well as in all the regions that are heavily relying on coal and fossil fuels and will need massive effort to achieve the EU climate targets.

Thanks to our work, JTF will be available to all MS that endorse the objective to achieve a carbon-neutral EU by 2050 and all the funded activities have to be in line not only with the emission reduction target 2030 but also with the energy efficiency and renewable energy targets. This will make sure that the JTF is an instrument to promote only sustainable measures.

After a firm stance from our side, the use of natural gas is only allowed as a bridging technology for further use of renewables and if no other cleaner option is feasible

We work on a proposal that in his scope, prioritise investments on cleaner transport and energy efficiency in buildings. We also emphasised SMEs and start-ups role in leading to the creation of sustainable and quality new jobs related to the green economy and circular economy.

I highlighted that the establishment of the JTF should not lead to cuts or transfers from cohesion policy, effectively reducing the fund devoted to other cohesion policy programs. We achieved that the transfer mechanism should be optional and not mandatory to allow the Member States to assess the best way to allocate resources.

Thanks to the work of our socialist colleagues, I made the social dimension at the core of the JTF. Fighting energy poverty is now an explicit objective of the JTF and included in the scope of the fund. The JTF will also support investments in social infrastructures, in skilling and reskilling, in support of workers who lost their jobs because of the transition as well as to women and vulnerable groups so that no one is left behind.

The transition will require significant financial resources and today we made clear that that green recovery is the key for a successful transformation of the European economy. However, we stressed that a just climate and energy transition must not leave anyone behind and should create conditions to eradicate inequality and energy poverty so that the most vulnerable will not pay for the transition.

Thankfully, when it came to the final vote on the opinion, I managed with the help of my shadow colleagues and the rapporteur Mr Buzek, to secure our ITRE colleagues support. We did this to send a strong message on sustainability and jobs, in this difficult moment for the EU economy. ”

Last Wednesday, EU ambassadors endorsed the Council’s partial position for negotiations with the European Parliament on establishing a Just Transition Fund. The fund aims to reduce the socio-economic costs for those communities that are less equipped to meet the challenges of the green transition.  It will focus, in particular, on regions and territories that need to phase out production and use of coal, lignite, peat and oil shale, or transform carbon-intensive industries.

The ITRE opinion on the JTF will now be sent to the REGI committee who are writing the full report on this Proposal.  The REGI Committee will vote on the overall report at the end of this week and the report will then go before all MEPs at a plenary session of the Parliament to be voted on in September.